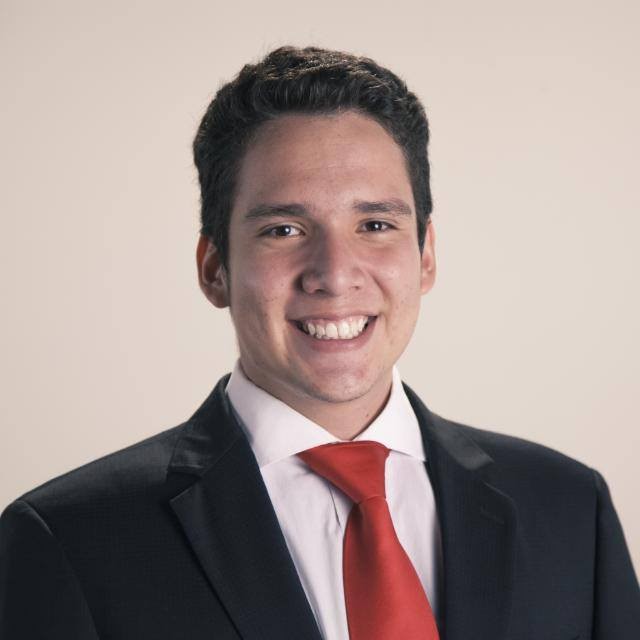 Luis is a man of pride and faith. From Bucaramanga, Colombia, Luis is saddened by the fact that his country’s reputation has been minimized by the illegal drug trade. He wants people to know that the “real” Colombia is famous for many musicians, actors, authors, artists, and soccer stars. Who hasn’t heard of Shakira, Sofía Vergara, Gabriel García Márquez, Fernando Botero, and James Rodriguez, after all? He adds that his beautiful land of friendly, hardworking people offers ecotourism in its lush, tropical habitat, and its most important exports are coffee, flowers, and leather products. He is also proud of his faith, which was fostered by his family and led to his decision, when he was in 10th grade, to become a priest . His journey to his vocation began a year ago when he came to Madison, Wisconsin to learn English, and from there he was referred by Father Greg Ihm, the Vocation Director for the Diocese of Madison, to SMU and IHM. He feels blessed that doors have been opened for him to complete his formation and that he has a second family in Madison. After completing his bachelor’s degree in philosophy, he plans to attend the seminary, become ordained, and serve the Diocese of Madison. In between classes and seminary duties, he enjoys reading, swimming, cooking, eating, and joking with people. When asked about his impressions of Americans, he replied that they are highly organized, less physically expressive of their emotions, overly patriotic, and a bit too fond of guns. We are happy that his faith led him to our campus and know that it will take him where he wants to go in the future.