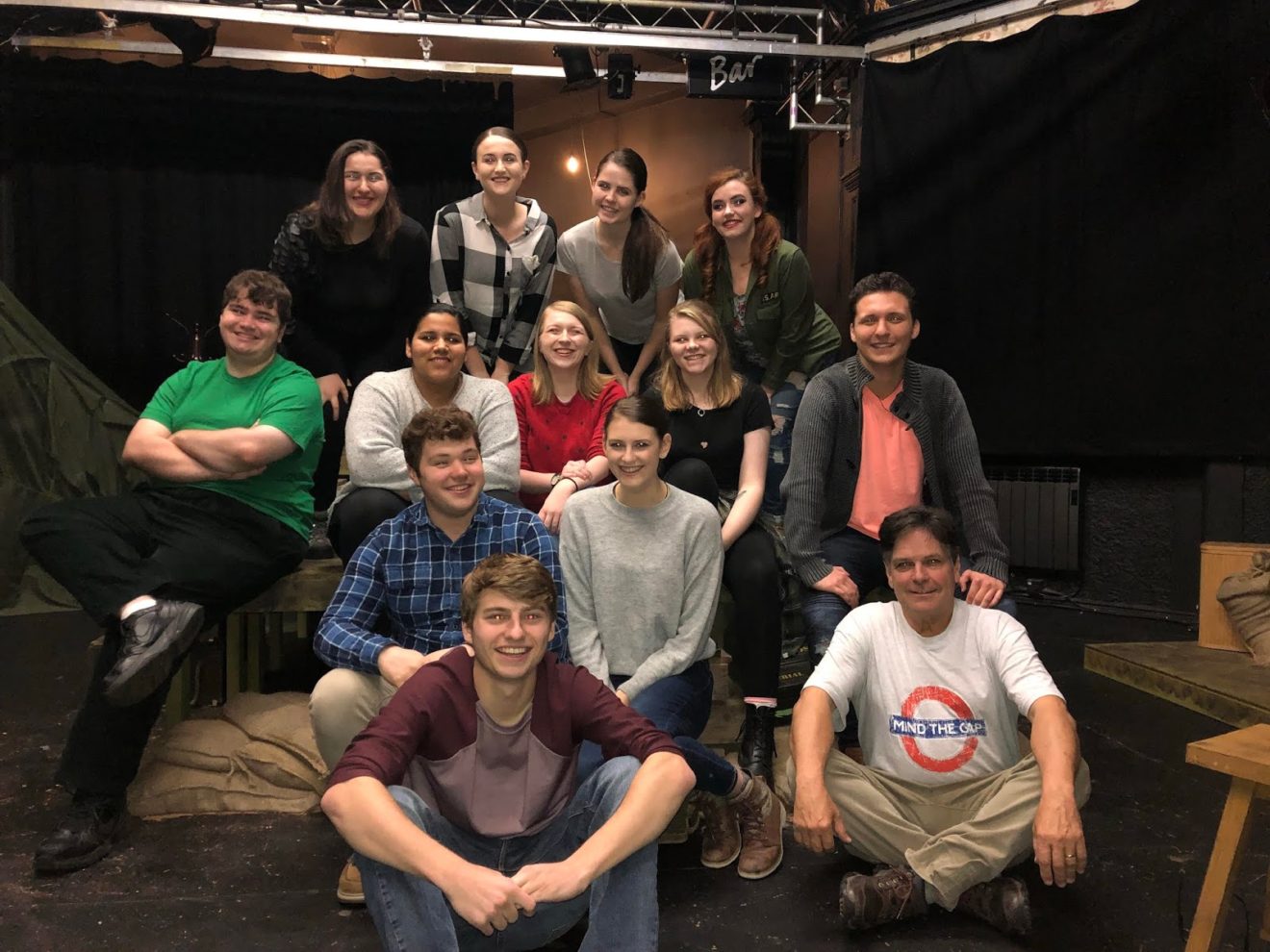 Each year Saint Mary’s students put on a play as part of the London Theatre program. The play offered in London was called A Piece of My Heart and was performed at the New Wimbledon Studio Theatre, October 17-20th. The play follows six women who served in Vietnam: three nurses, a Red Cross worker, a military intelligence officer, and a country western singer. It explores their life experiences before they enlist, what they endured while they were there, and their 20 years of coping with those experiences after their return.

“We had packed houses and were sold out the last night of the show. The emotional impact of the show left the audiences in tears. We also had standing ovations, something the British do not give lightly! All the hard work paid off, and a lot was learned about this period in our history. Thank you to a fantastic cast and crew, Jason Underferth for terrific lighting, and Chris Kendall for all the music, including two original songs he wrote for the play. Can’t wait for next year!!!”