Getting to Know Our International Students 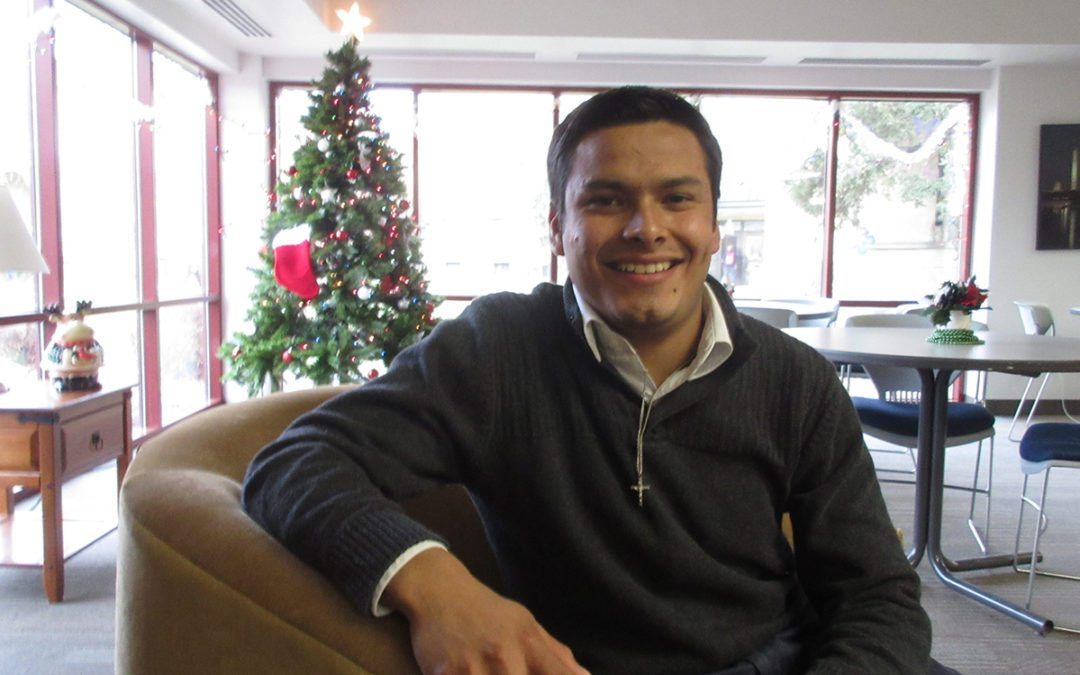 Juan Altamirano Herrera is currently an ELB undergraduate seminarian student at Saint Mary’s University (SMU). He grew up in a small Nicaraguan village, Llano Largo. After completing middle school, Juan’s only options for attending high school were to stay in his hometown and attend Saturday only classes or move to the nearest city, Esteli, and enroll in a school there. Juan was fortunate to find a sponsor allowing him to live in the city and earn his diploma. Once a month, he would return home to visit his parents and two bothers; the trip from the city consisted of an hour and a half bus ride followed by a 40-minute walk up a hillside. Graduating at the very top of his class, Juan was invited to apply for a SEED program scholarship designed to assist Central American students who exemplified excellence in not only academics but also social justice and service. Out of 165 applicants, 17 were awarded a scholarship to attend an institution of higher education in the U.S.A.; Juan was one of the recipients. In 2013, Juan moved to Appleton, WI and began his studies at Fox Valley Technical College where he studied English language and business management. Eventually, during his time in the U.S.A., Juan’s childhood interest in becoming a Catholic priest matured and developed into a formal calling that ultimately brought joy and peace to his heart. As a result of meetings with a vocational director for the diocese of Green Bay, WI, Juan chose to move to Winona to continue his studies. With his first semester at SMU almost complete, Juan is especially appreciative of the willingness of all SMU faculty, staff and students to extend offers of help and assistance. He is likewise impressed with SMU’s openness to and support of a diverse population of cultures and religions. Juan feels blessed to be at SMU and is looking forward to his future years here.