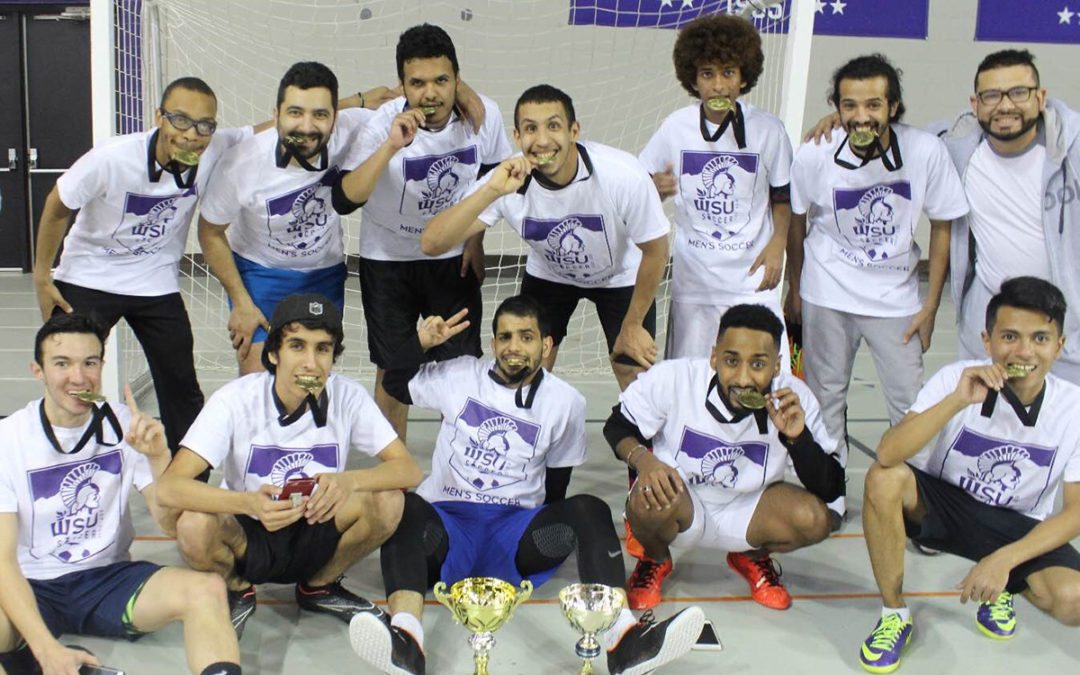 Several SMU international students have been involved in the Winona State University Indoor Soccer Tournament sponsored by WSU Soccer Club. It was a four week tournament held at Winona State with games on Friday and Sunday nights. The Saint Mary’s team, “Northern Thunder,” was one of the six teams that participated in the tournament. The indoor soccer season at Winona State ended this past Sunday with “Northern Thunder” claiming the championship honors. Each player from “Northern Thunder” received a T-shirt and a medal. In addition, the team received two trophy cups, one that honored the special player of the tournament, Mohanned Naquib, and the other honoring the championship team. The SMU international students who participated were: Musab Al Fagham, Mohanned Naquib, Mohammed Alharbi and Mohanna Aloufi. Congratulations to these players and to their teammates!