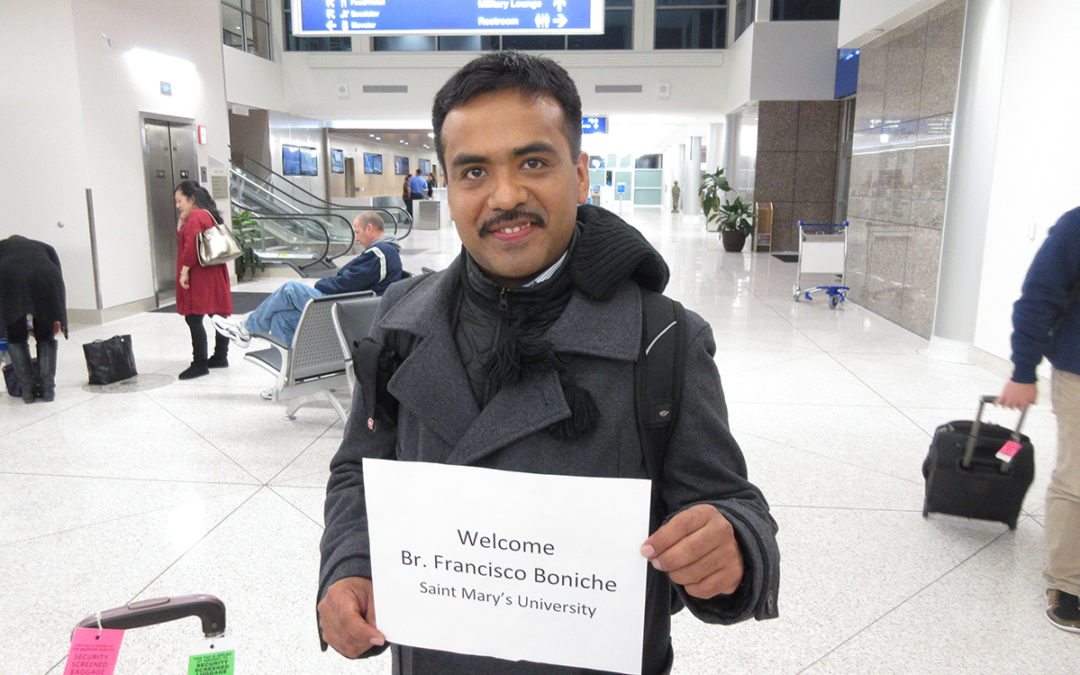 We are delighted to introduce Brother Francisco Boniche, who has been a Christian Brother since 1999. He studied for his Baccalaureate in Sciences and Letters in his home country of Nicaragua. He continued his studies to become a high school teacher specializing in math and physics and received a degree in religious sciences. His work experience is extensive, as he has worked full-time in education for 13 years. He has taught math, chemistry, philosophy and physics at the high school level, and he has been the principal of two schools, one in Nicaragua and one in Guatemala. He has also worked supporting the religious formation of children and youth by organizing retreats and missions to help the poor.

When asked what brought him to Winona, he stressed his devotion to the Christian Brothers’ mission:
“De La Salle Christian Brothers is an international congregation, so learning many languages is very necessary. The congregation, in the latest years, has insisted that Brothers have to be without borders; consequently, the Brothers need studies and formation in order to serve, especially to the poor and needy people around the world. As a Christian Brother, I am a member of the District of “Central America-Panamá.” The Brothers from my District are interested in the educational development of those countries in different levels, like higher education. This year I am studying English at Saint Mary’s because this is one step, or door, to getting another degree. Some American Brothers from the Midwest District recommended I come to Saint Mary’s in order to have a new university experience and learn the language in the United States.”

We owe those Brothers a big “thank you” for sending Brother Francisco to the De La Salle Language Institute as he is making great progress in his English studies which will help him achieve his future goals.

“I want to pursue advanced studies in technology, and if possible, in the United States or in some other country. Recently, the Brothers of the Central American-Panamanian District opened a university of technology in Nicaragua, with the goal of preparing engineers who stimulate technological development in the country and in the region. Therefore, short and medium term studies are needed for Brothers in technological areas that could support this project or other projects for the development of children and youth. Central America is a region of great inequality, creating a lack of opportunity for many people. Following the teachings of the Founder, St. Jean Baptist De La Salle, Brothers want to be God’s instrument, providing hope to those who have less.”

As for a final thought about what he wants others to know about Nicaragua, he shares an optimistic outlook of what should happen everywhere, not only in his country:
“Nicaragua is a small country in Central America. I know that many people from the United States visit there every year to help people in need and at the same time enjoy the nature of the country. I think exchange is very valuable and helps others to build friendships in a world that sometimes tends to separate us.”