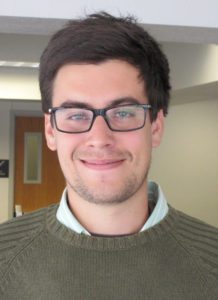 My name is Jose Rafael Paez. I am from Venezuela, which is a country located in the north of the South American Continent. Its capital is Caracas, which has a population of six million people. The population in Venezuela is close to thirty million people, and the size of the country is 916.445 Km2, which is as big as the surface of Texas and Florida together. So it is not as big as other countries, such as Brazil, the US or Canada, but it is bigger than other Central American Countries, such as Panama, Costa Rica, Nicaragua and others. Venezuela is a country with a lot of natural resources and natural parks. Even though the country is not at its best moment right now, it continues having the potential to become a further developed country.

Before talking about the bad situation in my country, I would like to start with one of the best things, if not the best thing, that Venezuela has. I am referring to the natural parks. It has a huge diversity of wonderful natural places even though it is not a big country. For example, in Venezuela it is possible to find beautiful Caribbean Sea beaches. Some of the most famous beaches are in the Los Roques’s National Park, Morrocoy’s National Park, Margarita’s Island and Cata’s National Park. Furthermore, Venezuela has big rivers and forests and jungles, where people who like adventure tourism, excursions or camping can enjoy good views and unforgettable experiences. Some of the most popular national parks for this type of tourism are Canaima’s National Park, Gran Sabana’s National Park, San Esteban’s National Park and part of the Amazon Jungle that we have in our country. Moreover, the country has other types of natural parks, such as Venezuelan’s Andes, which consist of a group of big mountains (the biggest is 16.332 feet in height) where people can climb the mountains or just enjoy of the view from their hotels.

The Venezuelan economy is not in its best moments right now. Our economy depends on the oil prices because almost 98% of the country’s revenues come from oil barrel exportation. So we use the foreign exchange obtained from oil sales to import all kinds of products and services. And even the goods that are produced in Venezuela usually depend on imports to bring the raw materials and production equipment. Therefore, when the oil barrel price is high, the poverty rate decreases and the purchase power of the Venezuelan people increases considerably.

The political situation is not the best either at this moment because the government wants to stay in power forever, even though it had to kill people to get it. The government controls the Supreme Court, the Parliament, the entity responsible for the election in the country and the Executive Power. Furthermore, the Venezuelan Army is completely politicized and biased in favor of the government. Each day is extremely difficult for the government opposition to express its ideas and protest the government’s power abuse because almost all the newspapers and TV channels are controlled directly or indirectly by the government. Furthermore, there have been cases in which people have been killed during protests by the Venezuelan Army or groups who have been armed by the government to dissipate opposition protests. While the economic situation gets worse, the government will have to increase its power abuse to be able to stay in power. However, I hope that the power and the will of the people can win the fight for a better Venezuela with a real democracy and stable economy without dependence on the oil barrel price.